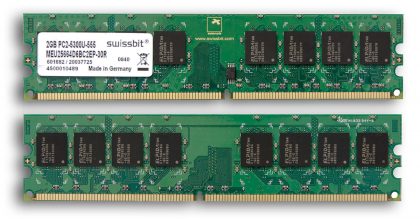 Random Access Memory (RAM) is a type of memory that provides temporary data storage to different processes in the Central Processing Unit (CPU). Each program is first brought into RAM where it is converted into a process before it is scheduled on to the CPU. RAM is also known as a volatile memory because it is washed as soon as you turn off the power supply either intentionally or by mistake and all your data gets lost. Unlike ROM, RAM is not just a read only memory rather it provides both read and write options. As its name implies, it is a memory that is used for fast data access.

Random Access Memory provides a virtual storage to different processes for the time being to manage data and solve problems. To understand the working of RAM, you can consider a white board on which you can write certain notes. As soon as you run out of space on that white board, you erase those notes that are not needed any longer or are unnecessary and make room for new notes. RAM works on exactly same principle. It holds the processes for a certain amount of time until they are scheduled on the CPU. If the CPU demands for a process that is currently not present in RAM and the space of RAM is completely occupied by other process, RAM makes room for the new process by replacing it with an already existing process on CPUs demand. This is done so because every process must be stored on RAM for some time before it is scheduled on to the CPU.

You can always check the processes that are currently present in RAM. For this, you just need to press Ctrl+ Alt+ Delete and then from the options, click on task manager. Here you can find the processes currently residing in RAM as shown below: Following are the most commonly known types of RAM:

The types of RAM that are used occasionally are listed below:

The advantages of Random Access Memory are listed below:

The disadvantages of RAM are listed below:

StarWind has recently launched its StarWind RAM Disk, which is a software that allows you to create a virtual memory of any size out of the space that is available in your RAM. This software is intended to be used for test and development scenarios, troubleshooting cases or other specific deployments where size and data volatility do not really matter like online payments or on-the-fly encryption etc.

The main benefits of StarWind RAM Disk are listed below: