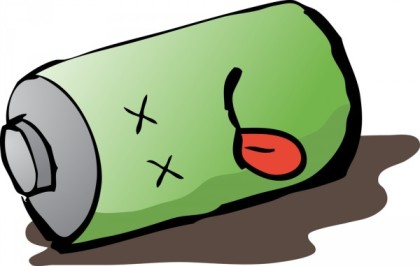 One of the most frustrating things that I deal with is the outright lack of battery power in nearly any phone I pickup. It seems that whether it’s advertised for 15 hours of usage or 15 minutes of usage from full battery, they always seem to fall short. It’s annoying, angering, and makes me sometimes question my purchases of these wondrous little gadgets.

Want the honest truth? It’s not the device’s fault.

You have to find the common denominator, and that’s what we’re going to do.

The apps we use, from innocuous little games and time wasters, up to the “must use every day or I’ll die” apps such as Facebook, Twitter, and Instagram, are what’s eating our batteries into nothing even when we don’t even realize it.

Let’s take a look at the worst of the worst, an app that everyone complains about, myself included, but no one ever actually uninstalls. Without a doubt, Facebook is your biggest culprit. Few other services, social media or not, works as intensively on our devices as this application. There are honestly few apps more popular than the blue button and I would easily wager that most people you see staring at their phone are perusing Facebook for the thousandth time that day. It keeps us in touch, connected, and satisfies any slight stalker tendencies we all somewhat have.

But why, apart from usage, is Facebook killing your phone’s power?

Whether you’re actively using it or not, Facebook almost monopolizes your phone’s processing power. In the background, where you can’t directly monitor what’s going on without some developer tools such as Xcode, Facebook is constantly working. Location Services, app refreshing, data monitoring and usage statistics, Facebook is all over those things all the time. There are a few things you can do about this, though. Turning off the aforementioned Location Services and refreshing for Facebook from within your settings does help, but in the long run the change is negligible.

Most believe that simply bringing up your running apps, through either the task manager or whatever you use to view what’s currently running, and swiping away the apps will help.

The honest truth again? It doesn’t help much.

How many other applications now require TWO apps, each with their own background processes, monitoring statistics, and interlinked processes, to be installed in order for you to fully experience the service? Not many, if you’re counting.

I’m not bashing the app. I am guilty of using Facebook and the now required Messenger app as much as anyone. I’ve been using Messenger for quite some time at this point and like it quite a bit. But, given the intensity of the application, both in the average person’s personal usage and the background presence of the program, it shouldn’t be a surprise that Facebook is why your vaunted long battery life of your brand new device doesn’t seem to stack up in real life when comparing it to what it says on the box.

And this is unlikely to change. As phones become more powerful, the apps they run become more intensive. We push the rock up the hill, but it will always roll back on us a bit.