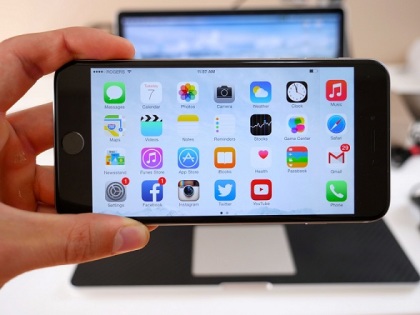 Many people would always want the latest gadgets and devices in the market such as the iPhone. They go crazy over iPhone every time a new model or version is launched, even taking sacrifices, waiting through long lines just to get the first batch of units. iPhone is certainly an over-hyped piece, and it’s time to realize why you should not buy this, so take a look at the top 5 cons of the iPhone.

Does Not Support Flash or Java

Flash and Java are fundamental parts of the web experience. Unfortunately, the iPhone does not support both of these as Steve Jobs and his colleagues have decided not to include them to the iPhone web experience. Hence iPhone is just a lame version of the internet is someone’s pocket. Apple’s marketing plan has always put their usual spin on the iPhone promotion, claiming it as “Java-free” or “Flash-free”, which sounds more positive than negative. So, it’s up to you if you find Java or Flash a negative factor throughout your web experience.

Apple has always offered devices with small amount of storage space. The hundreds of dollars of iPhones only have 4GB to 8GB. So, what are you going to do with this tiny space? While buying a costly device, you must enjoy tons of services and features such as storing all the music and videos you want, but iPhone cannot do just that. The tiny storage space will starve users very soon, and will only resort to carrying an external hard disk, say for instance, a terabyte. It could be a desperate move, buying an iPhone with tiny storage space, and then buying an external hard disk later on, unless you’re willing to buy the top of the line model with at least 1 terabyte or 800GB storage. If you want an iPhone then you must accept the fact that you too are bonded with a 2-year contract, not to mention a humungous pre-termination fee. Buying an iPhone means you must be very prepared to pay more.  The tyranny of Apple and AT&T is a given fact, and if you want to go along with this, then go ahead and buy an iPhone. Soon, you’ll realize you’d want your freedom back, but it could be too late as you have paid out even more or will face the pre-termination price without any other choice.

Apple has a 5-year exclusive agreement with AT&T as the only wireless provider for iPhone. Unfortunately for subscribers of Tmobile, Verizon, and other providers, you don’t have the right to buy an iPhone, unless you switch to AT&T. That’s basically it! And for many users, they don’t have much to say about AT&T as a reputable mobile service provider. Not speaking from experience, but Apple’s claims of their cutting-edge design is not much to end up with such telecom partnership, according to many. Although many people consider smartphones as necessities now, having to pay $599 just for a phone seems unreasonable, considering the not-so-neat features eventually. Take your $600 and reflect for a minute… you can buy something else that will also work for your smartphone needs, but not that pricey, and then get the rest of your money and do a more productive thing with it, instead of wasting all of it to a single over-hyped product.