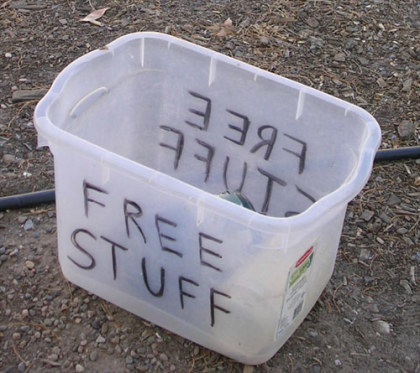 Just one of a large assortment of diagrams and images.

This app comes across, at first, as something that may be geared towards children, or at least a younger crowd. It took a very short amount of time for me to really see how useful this app honestly is and can be. For someone with a growing interest in botany and the basic biology behind it, Focus on Plant is an incredibly handy app to have at your disposal. A wide myriad of detailed and effective diagrams, audio science glossary entries, and even quizzes to test yourself on what you were just learning about are just a few things that this app offers. Personally, it’s one of my favorites I’ve found recently. I have a deep love of educational and science apps and this is exactly what it sets itself up to be. You will be hard pressed to find, even for the original price of $4.99, an app that offers as much information in such a convenient and easy way as Focus on Plant does. Do your inner science geek a favor and pick it up. Bieber and Jolie wouldn’t be my first choice of dates.

Honestly, this app is the most fun with a few goofy friends and a few drinks. You’ll get the rolling laughs that we all love from the silly and weird things that always come up when you get together like that. However, there is a bit more to the premium version, which you’re getting for free with this offer. The premise of FaceFilm Pro is pretty simple.  Selfies, or just cropped pictures of your favorite celebrities and friends, can be made into a great collage or timeline series. Or, where the most weird fun comes in, you can start morphing pictures. Conan O’Brien used to have a segment called “If They Mated” and that’s exactly what this app can do. Grab two pictures of just about anyone and with a few taps of your finger, you’ve got a combined image of the two. Sometimes the outcome is great…sometimes not so much. While I do feel like the premium version of FaceFilm is a bit expensive outside this deal, it’s a good app to have for those that enjoy collecting photo editing programs. Runner games seem to be a dime a dozen these days. Most are simply clones of more popular runners, such as Flappy Bird. You can barely throw a rock in either the Play Store or the App Store without hitting at least ten Flappy Bird ripoffs. When I grabbed Lucky Dragon, I thought that’s what I was getting into again. However, the strategic tapping to raise and lower your flying dragon in addition to manipulating the environment to keep the little guy going really sets it apart. Visually, it’s a great game, though I don’t see much behind the stylization that sets it apart. It sounds good, but that’s nothing to write home about either. The gameplay, however, is what’s kept me coming back to the app for the last few days when I get a few minutes to be challenged. You won’t be disappointed.