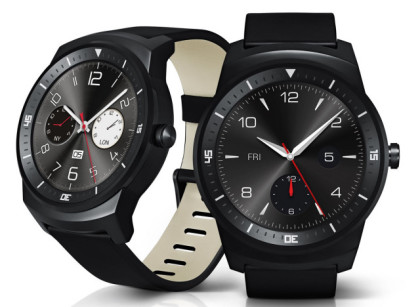 The LG Electronics G Watch R is the first wearable device powered by Android Wear that actually, upon first glance, and even second, looks no different than the classic wristwatch we’ve known and loved for years on end. However, it doesn’t take long to realize that it is so much more than what you see.

The Wearable market is expanding quickly. With a myriad of devices offered by Motorola, Samsung, and LG, most devices look dismissive or futuristic in design, with smooth lines and wide displays or a simple colored wristband with no discernible features. The LG G Watch R, which in truth is a bit of a mouthful of letters if someone from LG marketing is reading this, eschews all those designs and goes back to the classy styling of the wristwatch, only packing in a powerful device with Android Wear on your wrist. A 1.3 P-OLED full circle display promises incredible clarity of image under even direct sunlight or when viewed at an angle. Under the hood, the G Watch R packs into a small package a 1.2GHz Snapdragon 400 processor, 4GB of storage, 512MB of RAM and the ability to run all compatible apps on the Google Play Store with no exertion of it’s capabilities. In addition these already impressive specifications the G Watch R can actually run for up to half an hour while fully immersed in nearly three feet of water thanks to it’s Ingress Protection Rating of IP67.

The G Watch R throws off the idea that wearables need to stand out from their inferior wristwatch predecessors. It’s watch face can be customized to match it’s design and to the untrained eye will not be anything more than just a watch. It’s strap, like the suite of faces for the device itself, is interchangeable so it’s customization doesn’t end at just the display itself. And a host of features, such as the LG Health and Fitness apps allows the user to expand beyond what the typical smartphone would allow them to do but not be limited to a singular purpose in devices such as FitBit. Heart rate monitors, running trackers, and other fitness apps are accompanied by smart notifications that sync with calendars, missed calls and messages, the local weather, and a lot more via the Android Wear OS that seamless ties in with Android 4.4. The LG G Watch R is slated to be unveiled at IFA in Berlin next week, starting from September 5th and ending on the 10th. Pricing and availability haven’t been released yet, though it is expected to be released in the early fourth quarter of 2014. Specific dates and prices can be expected to be announced with the wearable’s unveiling.

The LG G Watch R is a classy example of the versatility of the new wearable product. Not bound to the modernistic stylings of other wearables, the G Watch R proves itself to be a contender for those who wish to exist in a completely up-to-date technological world without sacrificing a well-put-together look.