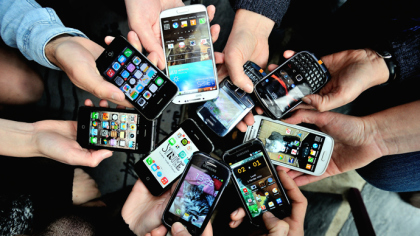 Not all smartphones and their operating systems were created equal. There are uniqueness and differences between these devices in the market, and someone who wants to shed off some cash on one, should consider the security of a smartphone, not just the sleekness in style, size, or color. While joining the smartphone frenzy, you must consider the connectivity and advanced computing ability of each smartphone available in the market. A reliable smartphone should have the greater protection software, securing from malware, malicious apps, and vulnerabilities. Presented here are the top most secured smartphones in the market today. Blackberry is very different from typical smartphones out there, especially when it comes to threats. The Blackberry developers did an exceptional job in its operating systems, keeping the sensitive inner workings secret from the public. It allows a minimal number of reliable exploits for this smartphone. An interesting and proven concept that was developed for this device is the BBProxy application. Although this is one of the oldest smartphones, Symbian has very small information when it comes to malware. This is not very popular in the United States but in other countries. In recent years, Zeus, the mobile version, is known to appear in Symbian and is now used in intercepting text messages sent, the second-biggest factor of authentication in various services. This operating system is community-driven, and not owned by a private individual or an organization. Thus, it is created in the best interest of most users. However, Android applications are not greatly monitored for vulnerabilities, allowing anyone to deliver apps that may contain malicious functions. Android users must determine how safe and reputable the source of the app is. Today, a third party marketplace is being imposed in order to give way to additional policies and limitations on distributed apps. When it comes to malware attraction via SMS, Windows Mobile has higher amount than others. Many systems of the Windows Mobile are shared with the full-featured desktop counterparts, contributing to the many pieces of malware, which originated on the Windows OS that are ported to the Windows Mobile OS. The Zeus botnet also has been known to appear in mobile versions of Windows. Malware in iPhone is different with the IOS 4 release. The multitasking on the systems is easily unnoticed, allowing malware presence to be less intrusive and easier to miss. Malware is prevalent in iPhones that went through jailbreaking as the imposed limitations or restrictions were intercepted. When passwords are unchanged, hackers and attackers can easily create worms that could infect the operating device of the user.

We confirm that Blackberry is the most secured phone you can grab in the market. Remember, smartphones have different weaknesses and strengths, considering the security of their operating systems. Users must avoid installing an application from unnecessary or unknown sources, only from a reputable one. Malware can disguise as secure apps, putting the device and the user at risk, especially the sensitive data contained in such device. Smartphone users are strongly advised to make a thorough research when it comes to the applications and their smartphones for valuable information and to prevent the installation of malicious apps and malware.