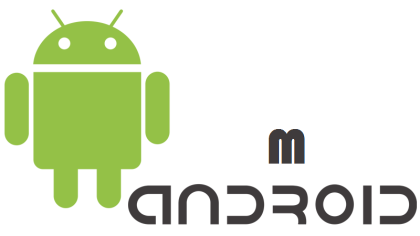 We all know Google never sleeps and its Android group never seems to find a new name for its latest bunch of OS, which isn’t a candy. Perhaps they try to tempt their customers by the name of candies?

Anyhow, Google seems to be gearing up to their next OS launch and it hasn’t even been a year now since they launched Android L. Ironically, as Google keeps on moving closer to launch their new OS, most of the Android based handsets, which were eligible to receive Android L updates, hasn’t been able to receive them.

And if you see the pattern, perhaps the next OS they’re going to launch would be Android M (see the sequence: Honeycomb, Ice Cream Sandwich, Jelly Bean, Kitkat, and Lollipop). But even though we guessed it, Google has mistakenly revealed it when one of their spokesman told “Android M is bringing the power to all kinds of workplaces”. So will the next Android be named Android Milky Bar perhaps? Or maybe it’s Android Milkshake? Well, that’s something that guys at Google haven’t cleared up, but please don’t say it’s going to be Android Milk Duds!

But if there’s something that we could expect from them, it could be that Android would be incorporated with more features, which would make them more than useful on future workplaces. So like what Windows have been doing for the past several years, it seems now even Google will incorporate more features, which are supposed to be tailor made for business firms.

On Wednesday, the tech giant had revealed its lineup of events for the I/O conference. These conferences are where the blueprints of the OS take birth as developers all across the world attend these workshops (scheduled to start on May 27) and even though many of us are keen to know what to expect from Android M, these I/O conferences seldom bring any details about their next OS.

But if rumors are anything to be believed, you might expect Android M to run in your cars as well. In December of last year, Reuters had reported that Google’s next OS could very well become the platform, which would support future car technologies such as entertainment and navigation systems. Moreover, word on the streets is that Google plans to launch this new car OS blueprint as soon as they launch Android M.

Also, we might see a new app along with the release of their OS, which we think would be called as Google Fit app. This seems to be Google’s answer to Apple’s Health App. Moreover, Google promises to redefine the concept of on-screen notifications forever. Another, but perhaps already predicted feature is the battery saving feature. Though Android L consumes a lot lesser battery power than KitKat, it still is no match to Windows only in this particular area.

So to sum up, we can only keep making educated guesses by reading what’s going on in their workplace!