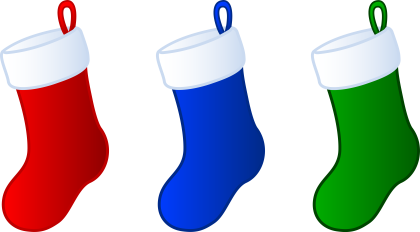 With the holidays sneaking up on us quickly, a lot of us are starting to scramble a bit to find that perfect gift. Anymore, the latest toy just won’t do. Everyone, from the littlest to the biggest, needs and wants that latest and greatest gadget. I’m right there with them! So, let’s take a look at what’s out there that’s the best deals available right now and what will be the best deals coming up soon! We can start this quickly and easily. When I’m not writing on the best mobile tech out there, I’m a musician who loves absolutely anything to do with the art form. So, if there’s a way to get the music we love quickly and easily, then I’m all about it. While Spotify is one of the best out there, a lot of people don’t realize that Google Play Music, coming in at $9.99 a month, is a great option. Access to a huge library of music, that is constantly growing thanks to the connections of the tech giant Google, comes to you ad-free at a very low price. I’ve used Google Play Music since it came available and I’ve seen it grow leaps and bounds from those early days. It’s quick, intuitive, and works as a great gift!

In what was reviewed earlier here on Mobiletweaks.net, the Google Nexus Player has promise. If you’re familiar with Chromecast, then you’re already on the right track to this device that turns your home television into a SmartTV, and a little more. The Nexus Player can handle a myriad of things, from streaming services like Netflix, Hulu, Spotify, and even a good portion of your own home media, along with a growing assortment of games that normally you’d only find available on your app-powered tablet or smartphone. It’s a fun device that comes in at $99.99, but an additional $39.99 will get you the Gamepad controller to help those more hardcore gamers that you may have this in mind, gift-wise. The Nexus 9 is, without a doubt, my favorite tablet available. It’s sharp and has one of the prettiest displays that your eyes will ever come across, thanks to the 2048×1536 resolution it carries (which, keep in mind, is greater than most computer monitors that people use as a PC), and the 64-bit NVIDIA Tegra Ki Processor makes the table an amazing piece of technology in terms of power in a small package. All that and the cherry on top? Android 5.0 Lollipop comes standard on the Nexus 9 and, currently, is the only tablet available for the platform. I’ve been lucky enough to play with the tablet a few times now and I would gladly lay down the $399 for the device, though if the base model isn’t for you, then there is a $499 and a $599 model that features upgrades in storage space.

Check back with us regularly over the next few days as Mobiletweaks.net gets you ready for the upcoming holidays with the best deals on devices and apps we can find!